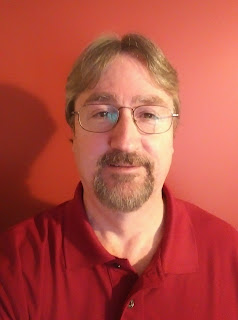 Can you introduce yourself and tell us a little about who you are?

I have been an engineer and laboratory scientist for more than 35 years. My wife and I met in high school. We have four kids, all adults now.

How many books have you written and what is your current book?

I have written four novels and numerous short stories. I initially published under a pen name. Later, I unpublished those books, rewrote one of them, and republished it under my real name. My latest book is called Search for the Phoenix. It is a science fiction adventure, and is the second book in the Phoenix series. Veronica Phoenix is the first book in the series. 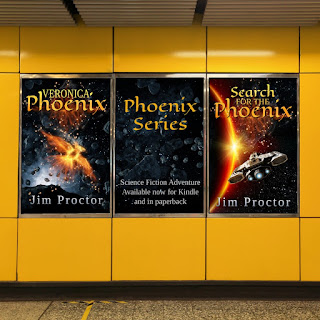 How does your writing process work?

My writing process is pretty simple. I just write. Very little conscious thought goes into the process on the first draft. I have an imaginary theater company living in my head, and once I start them going, they ad-lib and run with it. I just follow them around and write down what they say and do. It is a little freaky, at times. I don't have specific times when I write, and I don't set any word count goals.

If someone asked you why they should read your books what would be your answer? What makes them so unique?

My stories are about people, their relationships, and the worlds in which they live. I am a very emotional person, and I try to make sure my characters have real emotions that readers can connect with.

I try to make my stories as believable as possible. When you write science fiction and fantasy, it is easy to simply make up a bunch of hokum to make the story work. I keep my stories as technically realistic as possible, falling back on my 35 years experience in science and engineering.

Do you have a favorite book that you wrote and if so why?

Wow, that's like asking which one of your children is your favorite. Well, I am personally most fond of The Last Steward, though I will admit it is not my finest work in terms of quality. At the time, I could not afford an editor, so it is a little rough around the edges (which is why that novel is priced at 99 cents). That said, the characters in The Last Steward are very dear to me. I read it almost a year after I published it, and suddenly realized that most of the main characters had significant connections to real people I have known. Some of the characters represent me at various stages of my life. I didn't recognize that when I was writing it. It came as a real surprise to me. I am in the process of revising The Last Steward which will be professionally edited and will replace the current edition.

Veronica in Veronica Phoenix is probably my favorite character. The space freighter, Phoenix, is run by an artificial intelligence. It has various personas it uses to interact with humans, and Veronica is one of those persona. In spite of being nothing more than software and calculated responses, her interactions with Carl, the main character, might make you forget she isn't real.

Which one of your characters is most like you?

Peter, the main character in my first novel (no longer in print) is probably most like me. I guess that was bound to happen.

When did you know you wanted to become a writer?

I think I wanted to write since my senior year of high school, but it wasn't until my kids were well on their way to growing up that I finally realized that I needed to write.


What books inspired you?

There have been many. John Steinbeck made me fall in love with reading, and I always wanted to be able to distill life down to the parts that really matter the way he did. J.R.R. Tolkien's Lord of the Rings was a huge influence and inspiration. The many novels of Isaac Asimov taught me to write science fiction and how to fit my imagination into the structure of a believable universe. The works of Julie E. Czerneda inspired me to let my imagination soar. She is a master of world-building, and her background as a biologist can be seen in the marvelous alien lifeforms she creates. Douglas Adams and Sir Terry Pratchett taught me that it is okay to be silly.

Who inspired you?
Isaac Asimov inspired me to write. I've read all of his novels, and several of his short stories, and he set me on the path to writing science fiction.

How do you juggle writing, your family and personal life?

Most of the time I substitute writing for sleep. I work full-time, and I have family obligations. Most of my writing happens between about 11:00 PM and 3:00 AM.

Can you tell us about your challenges in getting your first book published? Even if self-published.


The first (and biggest) challenge was that I didn't have a clue how I was going to get my first book published. I had this naive idea that I would write a book, mail it off to a publisher, and they would send me a contract and a big check along with a request for another book ASAP. I didn't know how to go about submitting to a publisher.
While working on the final draft of my first novel, I began researching publishing and discovered self-publishing.

How many hours a day do you dedicate for writing?

I don't dedicate blocks of time to writing. I write when I can and when I feel like writing. When the time is right, the words flow to the page freely.

Do you have any unfilled dreams where your stories are concerned?

None of my books has made me rich. Other than that, no. I turn my dreams into books.

Can you give us a little sample of your most recent book?

From Search for the Phoenix:
Nolan paused at the door, reluctant to do what he had come for. She was grieving and needed time to heal, but time was not something he could spare right now. He knocked lightly on the door. A moment passed without an answer, and he suddenly realized he’d been holding his breath. Allowing himself to breathe, he knocked again. As he waited, he convinced himself that he shouldn’t be here. There had to be another way, one that wouldn’t open her wounds again. She didn’t deserve this. Turning, he walked quietly but quickly toward the elevator.
He pressed the call button to go down and waited, watching the indicator as the elevator worked its way up from the lobby, stopping occasionally along the way. A chime pinged, and Nolan looked at the opening door. There she was. Megan was a bit taller than he was, with shoulder-length brown hair full of dense curls. Her brown eyes were bright and clear, unlike the bloodshot, tearful mess they were the last time he had seen her. She was wearing her Emergency Medical Technician uniform, and had a bright orange medical bag hung from her shoulder. Her cinnamon skin, what little was showing, was just as beautiful as he remembered.
“Nolan!” she said as she stepped out of the elevator. She threw her arms around him and hugged him tightly. “What a wonderful surprise to see you here.” The elevator door closed behind her. There was no way he could excuse himself and slip away.

Please list any websites, blogs, amazon or promotions you are having.