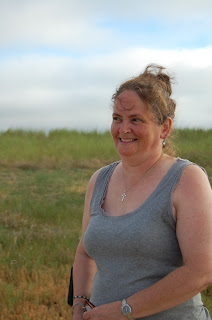 Can you introduce yourself and tell us a little about who you are?

My name is Donna Walo Clancy.I have been divorced since 1999. I raised three children as a single mom. My kids and I live on Cape Cod in Massachusetts. We have a diva Papillion dog, Zumiez, who I absolutely adore. I write through the winter and work as the head cook and assistant manager of The Wellfleet Drive-In Snack Bar in the good weather. My children are my life and everything I do, I do for them.

How many books have you written and what is your current book?

I have written three books and one short story in a published anthology. My first book was The Baby Factory in 2013. Keep the Faith, Ellen McGuire, a Christmas story of a struggling mom was released in 2014. The Fountain of Frogs was released in 2015 in An Anthology of Modern Fairy Tales #2. My new release just out in February of this year is The Big Mistake Club, in the NA genre. 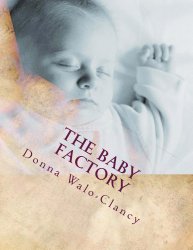 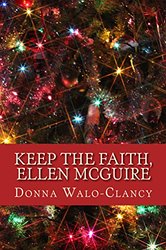 The Big Mistake is on sale for .99 until April 4th. 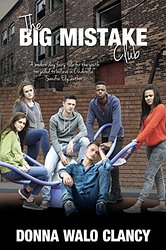 How does your writing process work?

I am a definite pantser. I do not outline or know how the book will end until I get there. I write as I go. I have a notebook for each idea that I have for a new story. Each notebook contains character names and details I have to remember while writing. No outlines! The first page of each notebook contains the general idea for the story. There is 28 notebooks sitting on my writing desk to date. My ideas come out of dreams, staring at an object, or seeing something happen in real life. I have a very vivid imagination.

If someone asked you why they should read your books what would be your answer? What makes them so unique?

In 2015, I won an award from Author Classified for The Most Realistic Writer of the year. I don’t write to fit in a box. I write my way. Realistic and simplistic. I want people to enjoy reading my books, not have to struggle reading them. I look at life and I write about life, the way it is, not through rose colored glasses. People can relate to my characters because they deal with real life issues.

Do you have a favorite book that you wrote and if so why?

I love my book Keep the Faith, Ellen McGuire. I faced many bleak Christmas’ when my children were growing up. As I wrote Ellen, I cried many times reliving the things that happened to myself and my family over the last 14 years.

Ellen McGuire is the kind of woman I tried to be as a single mom. I never met and married a rich man like she did, that was for the story.

Which one of your characters is most like you?

When did you know you wanted to become a writer?

I wrote stories from a very young age. My mother kept a book I had written in 3rd grade. It was called A Day in the Life of a Quarter. When I published my first book, The Baby Factory, she gave me that first book I had written back in 1968. She had saved it all these years because she knew I was going to be a writer. Stories come easy to me. I knew I was born to be a author.


What books inspired you?

I was an avid reader from the day I could hold a book. My biggest inspiration was Carolyn Keene. I loved Nancy Drew and spent all my birthday money and allowance on her books. I wanted to write because of the enjoyment of those books.

My biggest inspiration would be my mom. I wrote The Baby Factory and put it in a drawer for 4 years. I never thought I was good enough to write. She kept at me, badgering me until I took the book out of the drawer and published it. It wasn’t edited (now I know this has to be done). My mom had had a heart attack and I wanted her to see the book in print before something happened to her. I handed her the book and she cried. I have never looked back since.

How do you juggle writing, your family and personal life?

I am lucky. My summer job affords me time to write in between food rushes. What personal life?(unless you include Facebook). I do attend concerts with my girls. We have certain bands we follow up and down the East coast when they are perfoming here. Most of the time I write late at night when everyone else is in bed and it is quiet.

Can you tell us about your challenges in getting your first book published? Even if self-published.

I have self-published all of my books except for the story in the anthology. I knew nothing when my first book came out. I didn’t know about editing, formatting, or anything else that goes with publishing a book. I have learned so much in the last 4 years. Someday, I will pull down The Baby Factory and rework it to make it a more polished story. The story is great, just not the editing. Everyone has to learn and start somewhere. Take classes, attend writer’s groups, and learn everything you can about the field of writing.

How many hours a day do you dedicate for writing?
It varies. Most days, I try to write at least 4 hours. Some days more, some days less.

Do you have any unfilled dreams where your stories are concerned?

I would like to have one of my books traditionally published. I would also like to see one of my books, in the future, made into a movie. I think that is what every writer dreams of. That is like the ultimate validation.

Can you give us a little sample of your most recent book?

“Miss Cora said we could all go sleep over there if we wanted to. We told her we would be okay staying here,” said Charlie. “Did you lock the door behind us?”
“The door is locked. The alarm is out because we have no power. I don’t think anyone with half a brain will be out in this storm. Present company excluded,” said Allie, laughing.
“I think I will go to bed. I can thaw out and warm up under extra blankets. There is no way we’ll have school tomorrow. Early to bed and sleep in late. Yes, I could get used to this,” said Charlie.
“There will be lots of shoveling to do. We should all go to bed,” suggested Rory.
Everyone went to their rooms. Allie snuggled up in her purple comforter with George at her head. She listened to the howling of the storm outside. Sleet was pelting off George’s plastic bubble. As fierce as the storm was, it had a calming effect on Allie. She closed her eyes and was soon asleep.
While everyone slept inside, a figure was outside, searching for the best way in. The storm of revenge, raging in his gut, equaled the fierceness of the storm around him. Under the cover of that external storm, a window at the back of the building was taped and then smashed. No alarm sounded to warn anyone of the intruder.
Jorge was in. It was time for him to silence his ungrateful stepdaughter once and for all. He had been observing the whereabouts of everyone through the windows for the last couple of weeks and knew exactly where to go to find his target.
He silently ascended the stairs. The door on the left side was unlocked. The girls never kept it locked because they felt safe in their building.
How easy can they make this for me?
Jorge entered the apartment. He walked down the hallway that led to the bedrooms. He stood outside Bernie’s door, listening for any noises to show that she was awake. Hearing nothing, he entered her room.
A small flashlight, cupped in his hand, lit the room just enough so he could see where the bed was. He walked over and stood next to it.
I think I need to have that sweet little body one more time.
In one motion, Jorge jumped on the bed and placed his hand over Bernie’s mouth. She was jolted out of a sound sleep. The first thing she saw was a knife blade. Behind it, the face of her worst fears. She didn’t move.
“You make a noise and I will slit your throat wide open. Understand?” said Jorge, leaning in close, whispering in her ear.
Bernie nodded. The tears were already running down the side of her face. The weight of her stepfather straddling her was making it hard to breathe.
“You have caused me more problems than the other forty-two people combined that I have killed. I am good at what I do, and I have never been caught. But, because of you and your friend, I have a warrant out for my arrest. Now, you will pay for what you have cost me.”