Back for a second tour to fight in Vietnam 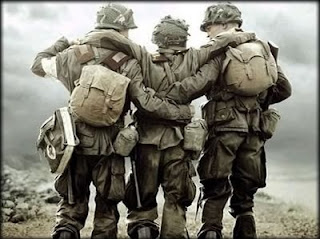 I left off last week with Kaylob telling Beth Ann he was leaving again. She was already having nightmares about him and now he was going back to fight in the war again. He signed back up without talking it over with her. How will she take that news?

“Sweetheart, I’m going back because I left guys over there who need me. I can’t leave them behind. They’re my brothers. I lost one of my best friends over there, Shaffer. He died in my arms.”
She tried to ignore his reasons. “We’ll talk about this together. We’ll decide what’s best. We’re engaged!”
He shook his head. “It’s too late. I already signed back up.”

Thanks for stopping by. Now I hope you'll check out the official Six Sunday site to find more excellent six-sentences.
Posted by Unknown at 7:35 AM 4 comments: 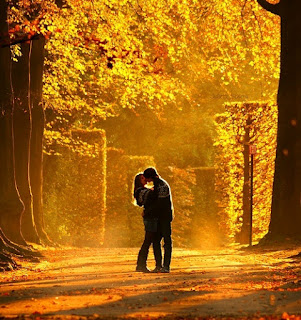 Kaylob has just come home early from the Vietnam War after his first tour. Beth Ann wants to marry him early, she feels that might be the only way to get him to make love to her after waiting forever, all because of a silly promise he made to her brother when he was fourteen.

However, Kaylob has volunteered to go back and fight again, a second tour in Vietnam. How is he going to let his childhood sweetheart know he’s leaving her again?  His brothers in the Bravo troop need him.

“I love you too. And, baby girl, I’ve missed you.” Their lips touched and his tongue found its way home.


The previous concerns melted from her thoughts.
That rainy September night, they held each other tightly, never wanting to let go. He was like the air she breathed.

Stay tuned next week to find out how he tells her? And what will her reaction be?