Both Books in Saga now available. 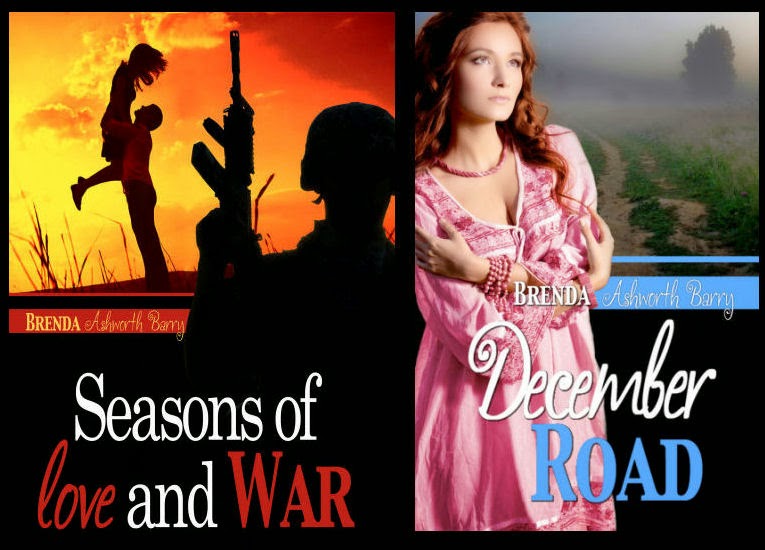 Read first chapter of Seasons of Love and War.

Chapter One- Seasons of Love and War

A hush fell over the sweltering jungles as Kaylob Shawn O’Brien and Walt Shaffer anchored their bodies to the putrid ground alive with fire ants and spiders. Although the humid air grew thick with giant mosquitoes, Kaylob focused on worse threats like snakes, tarantulas, and the Viet Cong.

The moon cast a mellow glow over the landscape in contrast to the chaos below. The stench of sulfur brought Kaylob back to the moment. He looked over at Walt, his inseparable buddy since boot camp. He liked the guy. He was the brother Kaylob had never had.“Stick close, kid,” Kaylob whispered. “Don’t wanna get my ass shot trying to rescue you.”

“No way, man.” Shaffer placed his hand on Kaylob’s shoulder. “Gotta get you home to the redhead.”

Kaylob nodded and swatted away a bug. “Groovy, and we gotta get you home to your mama too. When’s she sending some more of those chocolate chip cookies?”

“Kiss my... ass.”They shared a quiet laugh but stopped abruptly as an eerie silence blanketed the air.

Kaylob raised his finger to his lips and stared at Shaffer. In the next instant the silence was shattered. Something exploded close to them. Dirt particles stung Kaylob’s face.

They needed to move.“Shaffer, follow me.”Kaylob moved through the bush, flinching as more grenades blasted around them. The deafening sounds sent mud and rock flying into the air.

He glanced back. No Shaffer. Son of a bitch. Where was he?Silhouettes of enemy soldiers appeared against the moon. They closed in as the smell of smoke, earth, and death enveloped him. Shit. He’d lost sight of Shaffer. A figure emerged out of the darkness, not more than a foot away.

“Shaffer, is that you?”No one answered. Then, a shot rang out and something warm hit his arm. A dark splotch of blood spread over his uniform. Kaylob watched Walt pause and saw his eyes widen. As if in slow motion, Walt crumpled and hit the ground.Damn it, no… Oh God, no...Kaylob dropped his M16 in the mud, pulled his buddy into his arms and saw his eyes roll back. Shaffer took a last rattling gasp. Tears slid down Kaylob’s face as he rocked his best friend.Shaffer's body was there, but he was gone. It was over.

“Walt, I’m so sorry.” Kaylob sobbed. “I swear I’m gonna kill those bastards who did this to you.” He kissed his friend’s head. “I love you, buddy. Your death won’t be in vain, I promise.”Kaylob felt like his heart was shattered, but he knew he had to pull it together. You had to stay focused in war or it could mean your life or the lives of others. No way would he let those bastards kill any more of his buddies.

He’d hated it when he’d been drafted, but now he felt dedicated to help his brothers-in-arms.The fighting continued all around him, but Kaylob barely heard anything as he laid Shaffer in the thick underbrush of the jungle, vowing to return. The Army didn’t leave its dead behind, and he sure as shit wasn’t going to leave his best friend.More bombs blasted fire, shrapnel, and dirt. Fury roared through him. He picked up his M16, his face dripping with sweat and tears as he fired his weapon into the night. Damn them, and damn this war.All he wanted in that moment was to settle the score, and he would find a way or die trying. As much as he loved Beth Ann, he couldn’t let his friend die in vain. He’d seen too much goddamn death.Once again he fired his gun into the night. “Walt, this is for you.”


Please join in the fun at Facebook. We do free promo's and more.